There's a lot of work that I've done in the past that, while I'm proud of what I was able to accomplish, doesn't really feel on par with what I'm capable of doing now... But I'd hate to let it fade into obscurity, so here's some older work.

"Under the Old DNA Tree"

WThis is a piece I've always been really proud of. I had made it as a gift for my brother in the Christmas of 2007 (over a decade ago... wow, I'm old). It started as just a tree in the shape of a double-helix, then I went on to create 3 other illustrations to compliment it with weird looking animals who's DNA had been altered by the tree... I was really feeling the 'DNA' stuff that year I guess. 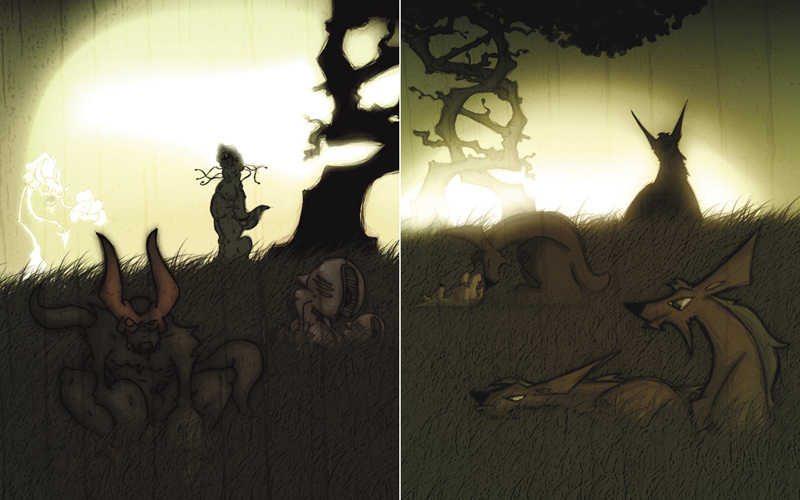 This drawing was made for a friend in 2008. They asked me to visually interpret the scripture "Jeremiah 17:7-8", which reads:

Blessed is the man that trusteth in the LORD, and whose hope the LORD is. For he shall be as a tree planted by the waters, and that spreadeth out her roots by the river, and shall not see when heat cometh, but her leaf shall be green; and shall not be careful in the year of drought, neither shall cease from yielding fruit.

At a quick glance, it's just a tree in the water with some colorful clouds (I was all about distorting stock photography at the time). Upon inspection, the viewer may find that the tree has the silhouette of a face on its left hand side... Upon even further inspection, one might notice the roots form a cross in the water. The idea being that Christ is a firm foundation for a tree to bear good fruit... Typically a tree wouldn't grow IN the water, but by it... this tree is straight up swimming. 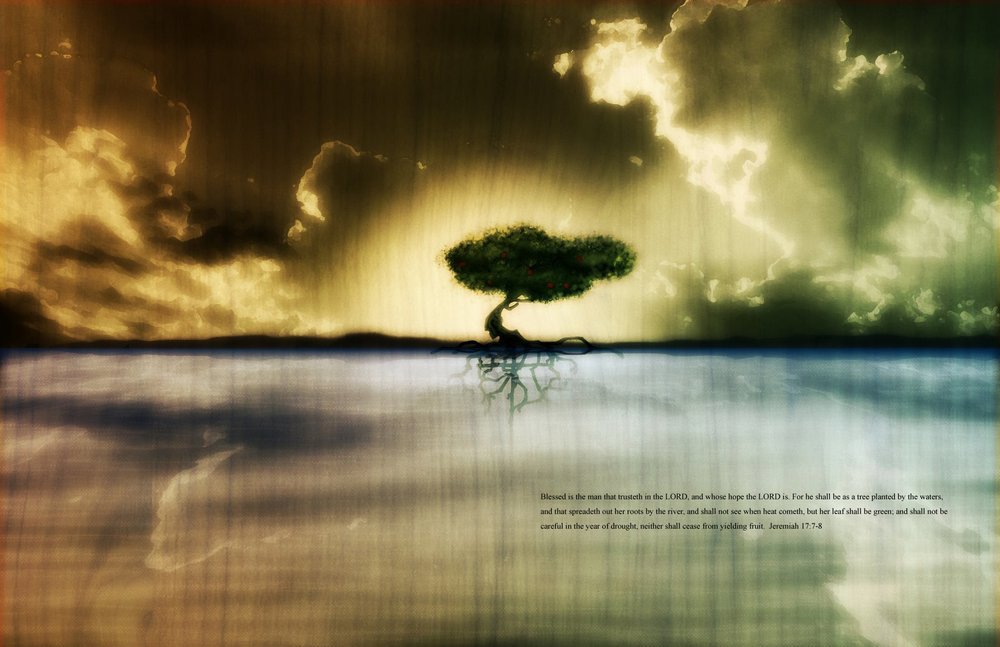 Brace yourselves, a lot of these are gifts for my brother. Christmas 2010, I went with the 'crazy creatures on surface and water' theme again, only instead of 4 pictures that go together, I stuck with one and split it in half. I was beginning to develop an actual style around this time, I still kind of love this one, but I see amateur flaws... Hence, it's on this page now. 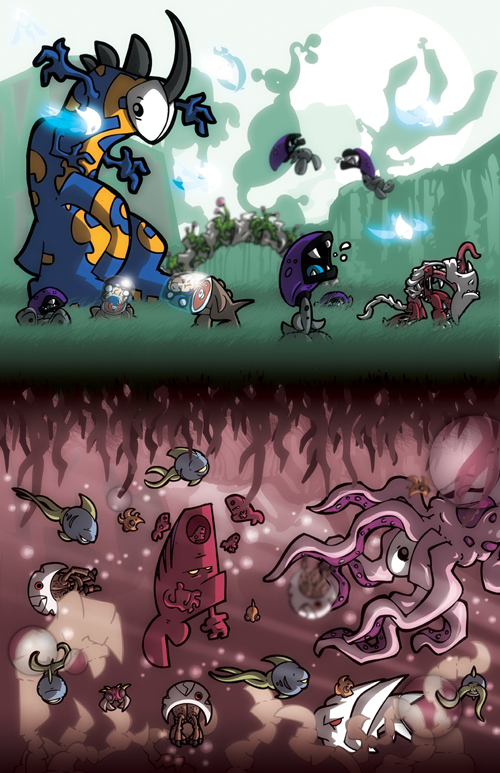 Another year, another Christmas gift for my brother. 2011 - This time I collaborated with my lovely wife, Rachael.

Rach was the brains behind this one and she came up with the brilliant idea to appeal to what we refer to as my brother's Middle Child Syndrome. The result was a poem written in children's book form about my brother "Winning" at pretty much everything.

In case you haven't figure it out, the characters are mainly my family. Mom, Dad, Brother Matthew, Brother Brian, myself (Brother Mark), my sister-in-law, Kate, and that last girl would be my sweet wife... swooning over my brother's behind. That was her idea. Not sure how I feel about that. 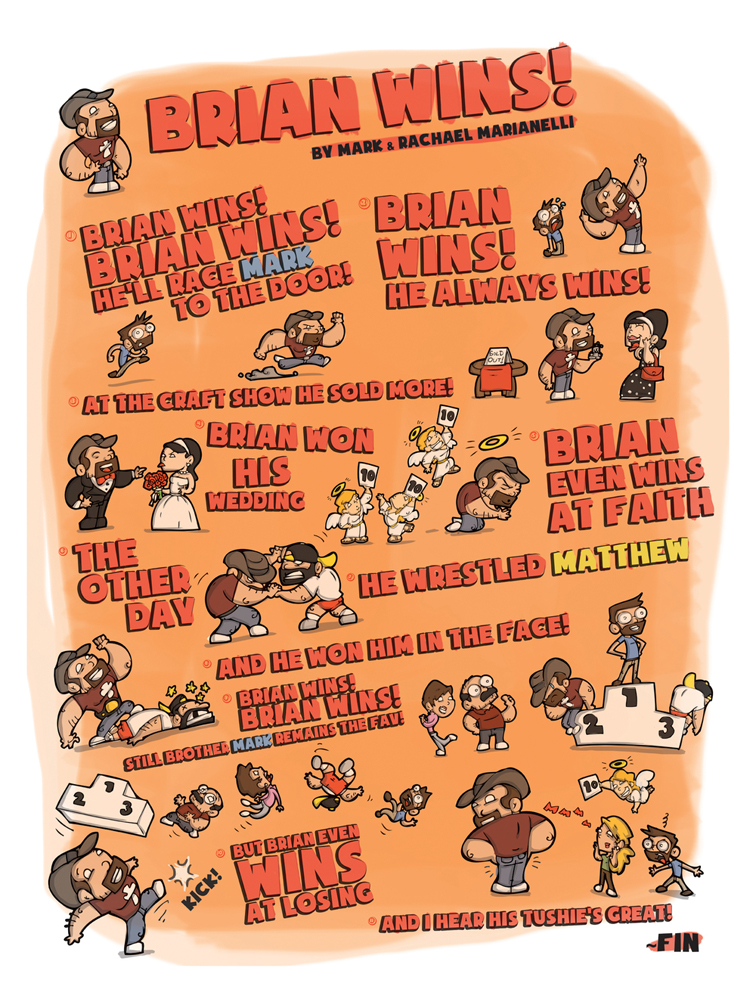 "Sleeping in the Shadow of God"

This is a drawing I did for my wife in 2012. She had asked me a number of years back to draw her a picture of a little girl sleeping in God's shadow... A pretty abstract request, but she did give me some direction, asking me to draw lots of light. I chose to draw a tree made of light, whereas the 'shadow of God' was light instead of darkness. I actually think this picture is good enough to put in my portfolio, but I need to re-draw the little girl first, I can do better...